Our people make the difference in this highly competitive niche insurance market. All of our customer service representatives are licensed insurance agents, actively involved in the show and pleasure horse world. These experiences uniquely qualify us to represent your specific insurance needs. 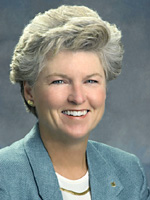 Shawna grew up in Houston on the back of a horse. When the family moved to Kentucky, she started showing hunters in the Midwest, graduating into teaching and training on a professional level. Personal events led to a change of direction, and into the world of equine insurance as an agent. Dietrich & Company Equine Insurance Services was formed in 1978 at a time when there were not many horse-savvy individuals representing equine insurance. Through the years she has held a United States Equestrian Federation hunter and jumper judges license, a USEF C-1 Steward’s license, and served for two terms as USEF Zone 5 Chairwoman. She served as Treasurer for Long Run Foxhounds, and on the USHJA Horse-Rider Welfare Committee. Shawna is married and after many years in Kentucky, she now resides in Aiken, SC where she continues her insurance work.

A native of Louisville, KY and son of a Thoroughbred race horse trainer, Rob’s interest in horses started at a young age.  Rob has experience in various aspects of the equine industry including jobs as a groom, pari-mutuel clerk, race horse owner, and syndicate manager.  After graduating from the University of Kentucky in 1998, Rob worked in banking and sales before returning to the horse industry.  He earned a graduate degree in 2004 from the University of Louisville Equine School of Business.  After joining Dietrich & Company in 2005, Rob earned his Property and Casualty insurance license as well as obtaining the designation of Certified Insurance Counselor.  Rob’s duties at Dietrich include acting as an agent, maintaining IT systems, and overseeing office operations and workflows.  Rob resides in Louisville with his wife and 4 children.

Melissa grew up in Florida and Kentucky. As a child, she rode hunter/jumpers and dressage in Florida. Her family moved to Lexington, KY where she started working with Thoroughbreds. For the better part of a decade, she worked as an equine veterinary technician at a prominent Lexington Equine Hospital as well as for an ambulatory veterinarian serving Thoroughbred breeding farms in central Kentucky. She graduated from the University of Kentucky with a B.S. in Animal Sciences with a concentration in equine studies in 2005. Melissa joined Dietrich & Co in 2011, earned her Property and Casualty insurance license, and spends her spare time preparing her pug for obedience trials.

Jennie was born and raised in Co. Wicklow, Ireland, where she began riding at an early age. She was an active member of her local pony club, competing on the girls Tetrathlon team and attending local shows. She attended Gurteen Agricultural College and Kildalton Agricultural College to further her equine education. In 1992, she moved to the United States and Pin Oak Stud in Lexington, Kentucky where she experienced all phases of a commercial breeding and training operation. After 18 months at Pin Oak, Jennie joined Blackburn Farm, caring for mares and foals and prepping yearlings for the sales. In 1999, Jennie went to work for Kirk Horse Insurance Agency to learn the insurance business. Jennie moved to Louisville in 2002 and went to work for Wachovia Insurance Services. Jennie joined the Dietrich & Company farm department team and earned her Property and Casualty license in 2007.  In 2010 she achieved her AFIS designation as an Agricultural & Farm Insurance Specialist. Jennie is married and has two children.

Barbara grew up in Southeast Michigan where she was involved in her local riding clubs, and spent a summer volunteering with the Shrine Circus Arabians as a groom/exerciser. Since few opportunities were available in the suburbs, she put her love for horses on hold to pursue a career in the business world as an office manager, acquiring a variety of skills and experience. She later moved to Northeast Michigan and was able to rekindle her first passion for horses as a stable manager and beginner riding instructor for a small lesson barn. She joined the Dietrich staff and moved to Kentucky in the fall of 2004. Barbara obtained her Property and Casualty License in 2006. In 2011 Barbara purchased a small piece of land dubbing it ‘Almosta Farm’ where she lives with her two Haflingers and other assorted animals. She actively participates in Extreme Trail Horse Challenges with her horses as well as competes in Service Dogs of America trials with her German Shepherd Dogs, Velcro & Castro.

Barbara hails from the Detroit, Michigan area and rode American Saddlebreds during her teenage years. In 1978, she earned a Bachelor of Science degree from Northern Arizona University. In 1984, she went back to school and became a licensed human and equine Massage Therapist and practiced for the next 20 years. Barb began riding dressage in 1997 with a National Show Horse gelding. From 2004 to 2007 she worked for the United States Dressage Federation. In 2008 she moved to San Diego, CA and obtained her Property and Casualty License.  In addition to her insurance sales, Barb has branched into the saddle fitting business, utilizing her  anatomy and physiology background. In the spring of 2016, Barb returned home to Michigan and resides in the Traverse city area. She still finds time to work in insurance and train and compete her Dutch Warmblood mare in dressage.

Fran began her lifelong passion for horses at a young age riding and showing hunters and jumpers in the Northeast. She went on to Stonehill College where graduated in 1968 with a Bachelor of Arts degree. Her commitment to horses influenced her decision to make them her career. In 1970, together with her husband Joe, she began Young Entry Stables in Massachusetts. During this time they trained many successful riders and horses including Peter Wylde who won the ASPCA Maclay in 1982. He later went on to win the Olympic gold in Athens. Fran obtained her USEF judges licenses in hunters, jumpers and equitation and has officiated at major events across the country and Canada. She obtained her property and casualty license in 1989. Fran and Joe now live in Chepachet, Rhode Island at Tibri, a training and sales facility with their daughter Annie and husband Aster Pieters.  Fran serves on the USEF Licensed Officials Committee and the Education Committee as well as the USHJA Zone 1 Committee. In addition to her insurance work , she is active in teaching and consulting in all things equine. 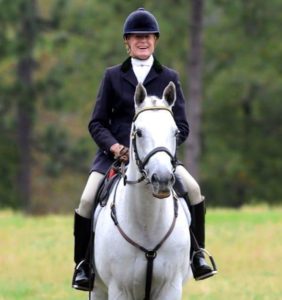 Betsy grew up in Dover, Massachusetts, fox hunting with the Norfolk Hounds. After attending Bennett College and graduating from the University of Colorado, Betsy accepted a paralegal job in Washington, DC. This allowed her time to restore her foxhunting passion. In 1983, an opportunity in the thoroughbred industry unfolded with the Thoroughbred Equity Company. Her responsibilities included the financing of thoroughbred stallions, broodmares, and racing animals. She then served as Vice President of Equine Capital Corporation, managing over $50 Million of stallion seasons and shares. In 1990, Betsy and her husband Jeff moved to Saratoga Springs, NY to concentrate on marketing thoroughbreds at all the major sales auctions in NY and KY. A move to Aiken, SC in 2005 launched a new career as an independent insurance agent, specializing in sport horses and farm property. Once again, this enabled Betsy to continue her love of foxhunting, serving as a whip for the Whiskey Road Fox Hounds and occasionally reconditioning a thoroughbred for a new career.

‘Bizzie’ O’Leary grew up in St. Louis MO, as a horse crazy child. She would do anything to be around horses, volunteering as a hot walker at polo games, working at the barn for lessons, and participating in the local Pony Club. She attended Miami of Ohio University and graduated in 1989 with an undergraduate degree in Sports Management. In 1999, she earned her MBA at Webster University and launched her marketing career. She served as Account Manager and Director of Operations at several small marketing agencies. From 1992 to 2003, Bizzie experienced a long relationship at Sara Lee Bakery Group, where her position included Brand Management, Promotional Marketing, and culminating as the Senior Director of Promotion and Pricing. In 2003, Bizzie gave up the high profile corporate setting to get back to the equine community. That equine passion created ‘Horse Bizness’. This current company offers products for the care and maintenance of the elite equine athlete. With the addition of a property and casualty insurance license in 2012, Bizzie can confidently offer horse owners a wide variety of products and services. In her spare time, she takes care of her 10 acre farm in Warrenton County and competes 2 horses in the Amateur Owner Hunter division throughout the country.